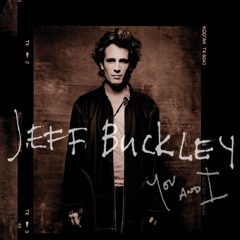 Dream of You and I

The Boy With the Thorn In His Side

I Know It's Over

Jeff Buckley
7:02
£0.99
0
I am a massive fan of Jeff, and have been for a long time. He stayed underneath the radar for lots of people (hardly any of my friends had heard of him until that re-release of Hallelujah some years ago) so it felt great when I played them 'Grace' and they liked it - some going on to buy the album.
I've liked a few of the posthumous releases, 'Sketches..' being the obvious 1st choice. What concerns me about 'You and I' is that people who have never heard him before will base their opinion of him on this release - which is at best average. It's an old argument, but these songs were never meant to be released. These are rough recordings, albeit made within a studio environment. The kind of recordings an artist might make to experiment, to try out new ideas - or just to see how songs sound when recorded.
This is fine as a curio release, maybe one for the completists - but certainly not as an intro to Jeff (get 'Grace' instead). If it had been called 'The Lost Studio Recordings' or something, it would have prepared the listener for the quality level of these recordings. As it stands, everything about this record screams 'top notch recordings' - even the sleeve is beautiful. But it's just nowhere near releasable quality.
If you're new to Jeff and you like this, great. But give 'Grace' a listen as well. If you're a collector, it's another curiosity recording to add to the collection.
These recordings were never meant to see the light of day - Jeff is so much better than this. Such a shame to give it just 2 stars...
Just like a woman great song cannot wait to see if the rest are as good 💋💦💦
2 Smiths covers and an unreleased original. How can this possibly be a let down?
Not going to be bad is it? I am a bit early reviewing this, so for now I suggest you buy "Grace" , fall in love and come back in March. The world is poorer without Jeff Buckley.
Really looking forward to hearing the rest of this the guys a genius
© 2020 Chartoo. Available on iTunes. Product prices and availability are accurate as of 15/09/2020, 06:55:46 and are subject to change. Any price and availability information displayed on iTunes at the time of purchase will apply to the purchase of this product. Apple, the Apple logo, Apple Music, iPad, iPhone, iPod, iPod touch, iTunes, iTunes Store, iTunes U, Mac, and OS X are trademarks of Apple Inc., registered in the U.S. and other countries. Apple Books, App Store, and Mac App Store are service marks of Apple Inc. IOS is a trademark or registered trademark of Cisco in the U.S. and other countries and is used under license. QR Code is a registered trademark of Denso Wave Incorporated. All other trademarks, logos, and copyrights are property of their respective owners.
DesktopTabletMobile
Improve this translation
Preview provided courtesy of iTunes
Preview provided courtesy of iTunes