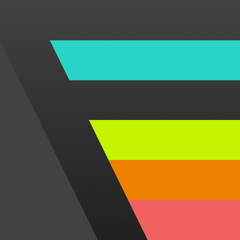 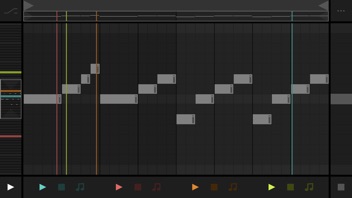 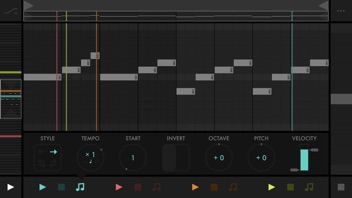 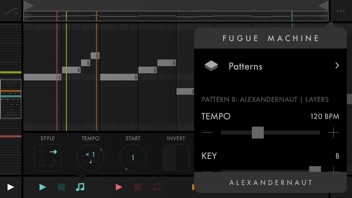 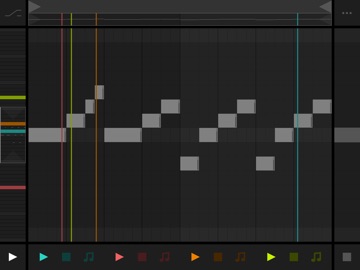 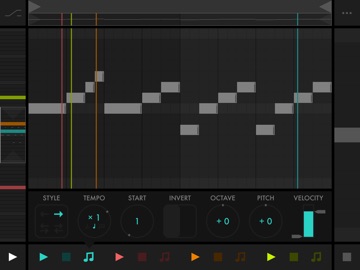 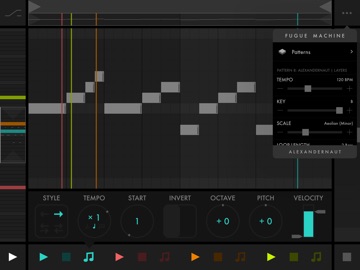 The world's first multi-playhead music sequencer.
"How Bach would have made a sequencer." (Create Digital Music)
"A musical feat." (Creator's Project)
"A new approach to sequencing." (XLR8R)
"Next generation music sequencer." (Ask Audio)
"A brilliant concept that has been beautifully realized." (Music App Blog)
"It’s good. So good." (iOS Mars)
FUGUE MACHINE is a tool inspired by composition techniques used in Baroque music and Serialism — e.g. Bach’s canons and fugues, and Schoenberg’s twelve-tone technique. The idea was to design a tool to manipulate a melody’s speed, direction, and pitch, as well as play multiple variations of the melody simultaneously.
As it turned out, the best implementation for this was to reimagine one of the most fundamental building blocks of all music sequencers: the piano roll.
FUGUE MACHINE is the world’s first multi-playhead piano roll. Create a musical sequence and play it back with up to four playheads at once — each at various speeds, directions, and pitches. You see the playheads dance over the music sequence, and hear the complex patterns that emerge.
It’s mesmerizing.
Fugue Machine supports iPhone, iPad, MIDI, AUv3 MIDI, Ableton Link, Audiobus, Audiobus 3 MIDI, and Inter-App Audio.
[Existing iPad Users] You will not be charged again for the iPhone version! There is a processing issue due to the iPad app becoming Universal. To download the app for free, simply tap the "buy" button, follow all the steps, and it will correct itself after you confirm payment.

Fugue Machine 1.5 — iPhone support, AUv3 support, more scales, piano roll gesture improvements, and more! See 1.5.0 Version History for more info.
1.5.6 Changes
Fixed minor UI issue when reducing note length via one-finger-pan. When moving slowly, if the note was greater than 1 step, it would snap to the previous step momentarily, then back to the proper step under your finger. Fixed now.

© 2022 Chartoo. Available on iTunes. Product prices and availability are accurate as of 26/05/2022, 08:27:16 and are subject to change. Any price and availability information displayed on iTunes at the time of purchase will apply to the purchase of this product. Apple, the Apple logo, Apple Music, iPad, iPhone, iPod, iPod touch, iTunes, iTunes Store, iTunes U, Mac, and OS X are trademarks of Apple Inc., registered in the U.S. and other countries. Apple Books, App Store, and Mac App Store are service marks of Apple Inc. IOS is a trademark or registered trademark of Cisco in the U.S. and other countries and is used under license. QR Code is a registered trademark of Denso Wave Incorporated. All other trademarks, logos, and copyrights are property of their respective owners.
DesktopTabletMobile
Improve this translation
Preview provided courtesy of iTunes
Preview provided courtesy of iTunes