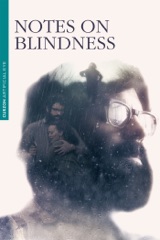 In 1983, after decades of steady deterioration, writer and academic John Hull became totally blind. To help him make sense of the upheaval in his life, he began keeping a diary on audiocassette. Over three years he recorded over sixteen hours of material, a unique testimony of loss, rebirth and renewal, excavating the interior world of blindness. Published in 1991, the diaries were described by author and neurologist Oliver Sacks as, ‘A masterpiece... The most precise, deep and beautiful account of blindness I have ever read.’ Premiering at Sundance Film Festival in January 2016, Notes On Blindness is a multi-platform project based on John’s original audio recordings. The project includes a feature length documentary and virtual reality project released alongside the film.
What are we without our sight but floating fragments of consciousness in an infinate space. The film approaches the subject with such integrity and mastery of sound and vision. A medetative work of art.
As well as being touching and very thought-provoking. This is also a very philosophical and entertaining film about the great potential of the human spirit.
© 2022 Chartoo. Available on iTunes. Product prices and availability are accurate as of 20/11/2021, 08:39:49 and are subject to change. Any price and availability information displayed on iTunes at the time of purchase will apply to the purchase of this product. Apple, the Apple logo, Apple Music, iPad, iPhone, iPod, iPod touch, iTunes, iTunes Store, iTunes U, Mac, and OS X are trademarks of Apple Inc., registered in the U.S. and other countries. Apple Books, App Store, and Mac App Store are service marks of Apple Inc. IOS is a trademark or registered trademark of Cisco in the U.S. and other countries and is used under license. QR Code is a registered trademark of Denso Wave Incorporated. All other trademarks, logos, and copyrights are property of their respective owners.
DesktopTabletMobile
Improve this translation
Preview provided courtesy of iTunes
Preview provided courtesy of iTunes